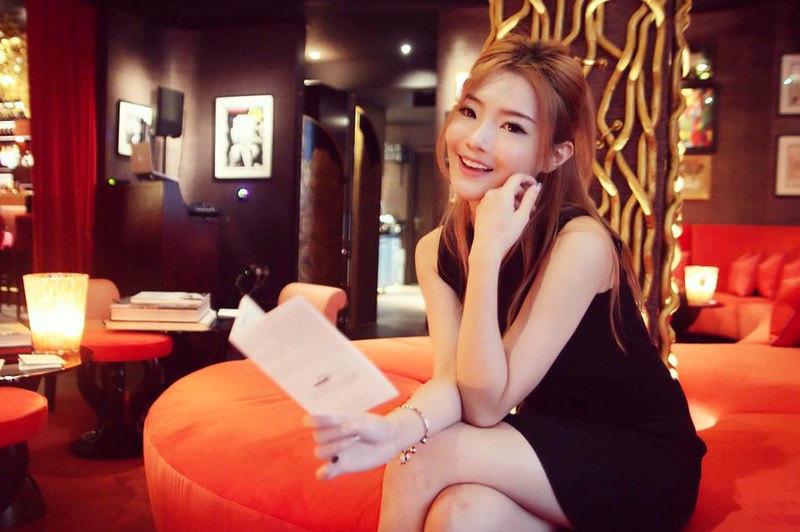 Today's blog post is going to be a little different and exciting..
Can't wait to share with you guys my experience with LOST SG!! 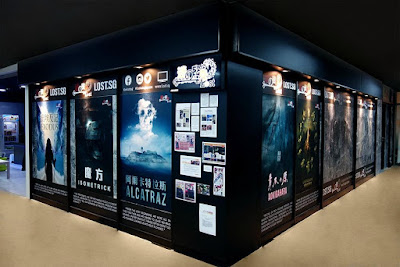 So I was invited down to LOST (Singapore's Next Generation Real Escape Game) a few days back to join them in an one hour fun-filled gaming experience!!

I was so so so thrilled!
I had always wanted to try something like this, something strategical/brain-storming/team-building kind of experience.
It would be really fun I thought and of course, LOST SG didn't fail me. *applause*

More about LOST SG?
-
LOST SG is a high-tech real-life room escape game where players would have to put together thought-provoking
clues, solve seemingly abstract puzzles and race against time to escape from a locked
room!

Players have to pay great attention to every single little detail in the rooms (*HINT* the slightest object could be the key to your escape..)

Using the latest technology, LOST SG brings your advanced gameplay with the next generation
immersion and realism. Spanning over 2500 sqft with 5 different rooms that can accommodate 12
players each!! 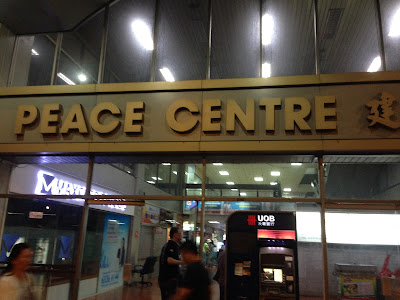 Feeling all excited whoohoo!~~
So I've decided to bring Abel and his friends along to play with me.
-
I just wanted to say that we had thoroughly enjoyed the entire process together as a group!
I love how enthusiastic and witty they were during the game man...
They never fail to surprise me everytime aahhaahha not bad not bad. 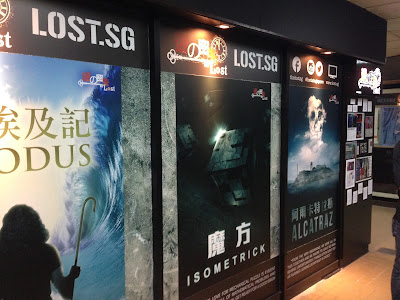 So anyway, there are different types of rooms/games.
Different stages as well.

There are altogether 5 types which include the followings:

Alcatraz Island prison housed the most dangerous felons in America during its operation.
Surrounded by San Francisco Bay, no inmate was thought to have ever successfully escaped the maximum-security facility.
One fine morning, 3 inmates disappeared!
Did they make it out of Alcatraz Island or did they perish into the dark waters??
Relive/uncover the last moments of the inmates...

After walking in rounds, it was clear that we had lost our way.
No functioning equipments to guide us out, fear was slowly consuming us..
While we are paranormal researchers by profession, the fact remains that we are lost inside Japan's Suicide Forest.
Linked with supernatural beings. Aokigahara is not a place to spend a night in.
The macabre side of Aokigahara slowly sets in as someone whispered behind my ears, leaving me unsettled.
Grim fate awaits..

In the 1860s during the Second Opium War, the British and French Empires invaded China.
In the midst of the war, all 12 of the zodiac head statues designed by Giuseppe Castiglione for Qian Long Emperor miraculously disappeared from the Imperial Summer Palace.
Take on the role of a secret agent and unravel the mysterious hidden castle belonging to Castiglione.

Enslaved and oppressed with forced labor, it was not long before the Israelites lost all hope and fell into despair.
On a scorching afternoon, a mysterious stranger came to town.
An Israelite by birth, he demanded the Pharaoh to release his people from slavery.
It took long before the Pharaoh relented.. However, regretting his decision shortly, the Pharaoh made his chariot ready and took an army with him to give chase..
Can the Israelite espace??

5) ISOMETRICK (The hardest of all)

While exploring for new study materials to better engage his students, Professor Rubik invented the Rubik's Cube.
Overwhelmed with the sudden onslaught of attention, he fell into the claws of depressions.
Driven by heavy criticisms. Professor Rubik remained unfazed and began working on a new project. Back at school, students are concerned about his absence and decided to drop a visit.
They soon found out that Professor went into the lab and has no intention of coming out.
What is he doing? Should you choose to unearth the mysteries within and find Professor Rubik?
-
-
HOHO ARE YOU EXCITED ALREADYYYYY!??? 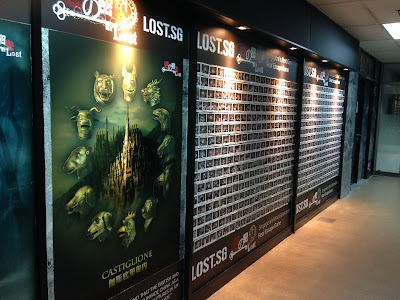 Different types of rooms/games are displayed explicitly.
So you can get a better idea of which one to choose from..
And we had decided on CASTIGLIONE!!
Castiglione is actually one of the harder games in LOST SG. 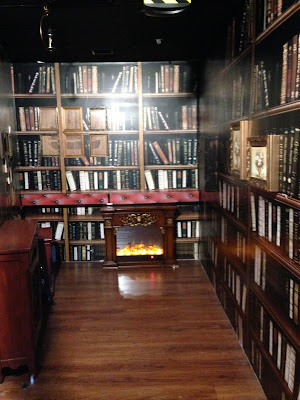 There are altogether a few stages in Castiglione.
And this is actually the first room! 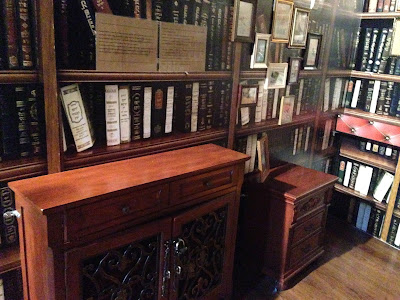 Too cooooool isn't it!?
Managed to snap some photos.
The rest of the rooms are for YOU to explore hahaha!
So wait no longer and join them today! 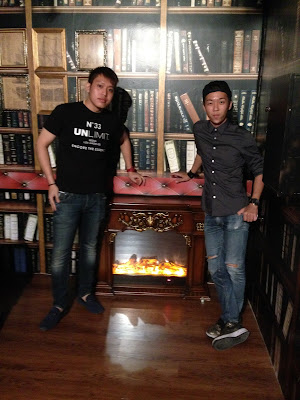 Shan Qi and my dearest fav. person on the right :*
Both are so good at the game!

Participants will be shown a short video clip before starting of the game as an introduction.
Video clip will be related to the game itself, so different games would have different stories, and a different experience.

Do take your time to choose which Story/Game you want to try!
I don't know about you but all of them seem equally fun to me, had a hard time deciding on the game though haha.

Also, there are free lockers to stow your belongings, so you can join them any time, even after your work maybe?
It would be a great idea to play a game with your fellow friends/colleagues instead sometimes!

Just a note to all who are interested already hehe, some crawling actions are required and it may not be wise to wear miniskirts/dress/high-heels. (X) 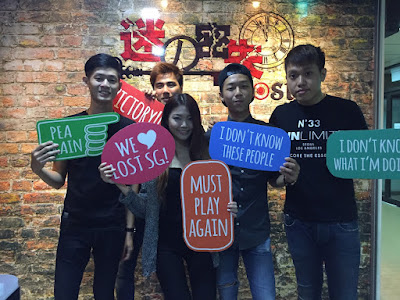 Sigh, despite being avid through-out the game, we did not manage to complete all stages within 60minutes :'(
It's really pretty tough though! Give it a try if you are skeptical! 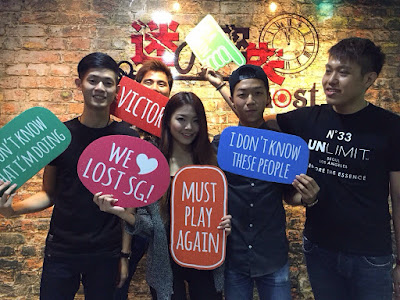 HAHA, the "VICTORY" sign is FAKE!
Hokayyy, I admit I was rather useless during the game :(((
We were given 3 torch lights in the all dark room and I was basically there to hold the torchlight because I am timid, damn...HAHAHA.

BUT IT WAS SOOOO EXCITING!
Trying to solve puzzles/find clues here and there, watching the guys as if they were acting in a movie or something.. Over all, an AWESOME experience *10 thumbs up*

Polaroids!
Spot our faces there at LOST SG! :)

Yayyy, get to bring one back for myself ^^
Man.. I will definitely be back to try the other games, maybe Aokigahara the next time round.
My god, so tempted to play all of them!?

If you did not manage to complete it within 60mins, LOST SG will guide you through the game until you have completed entirely. It was cool to find out how different puzzles are solved at the end of the game..

(During peak, players may have to mix with another group unless you are willing to pay for 7pax to book the whole room) 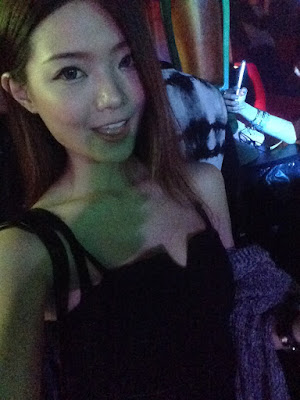 Here's something for you guys!!!
I will be doing a give away to one lucky follower on my instagram!
Do check out my instagram @joannaspy to find out how you can be the lucky winner! 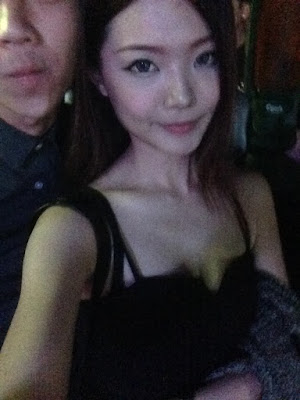